UPDATED: I’ve added some more thoughts on the situation, and the possibilities, toward the bottom of the post.

Despite the fact that E3 is only three months away and MGSV is going to be released in less than six months — creating what could reasonably be called the official hype season for MGSV and Hideo Kojima — people on the Internet are actually believing the story that Konami is now publicly humiliating and extricating themselves from the only thing that keeps their corporation afloat: game design superstar and fellow Konami executive, Hideo Kojima.

The evidence is straightforward and brutal, if you believe it.  Konami is literally erasing Kojima’s name from promotional materials and websites, renaming Kojima Productions’ studio altogether, creating a new official Twitter account for Metal Gear Solid in order to replace Kojima Productions’ account, and changing their corporate structure to exclude Kojima and… take all the power for themselves, I guess?  An anonymous source has also come out of the woodwork to leak juicy details about a “falling out” between the parties, saying that Konami is even disabling their Internet access to prevent them from talking or something.  Oh, and Kojima made a cryptic tweet of Big Boss climbing onto a helicopter to leave Mother Base.

Kotaku seems to be aware that this is very fishy.

VG24/7 has collected the evidence.

Gamasutra is reaching to to anyone affected by this development.

There are huge problems with this story, and we should know better than to take any of it at face value, even though there are obviously aspects of truth to it.  Below is my theory.

In order to generate the maximum amount of controversy and buzz around Metal Gear Solid V, it makes sense for Kojima to orchestrate a major stunt leading up to it, especially involving himself losing his job and status.  To foreshadow and then fulfill his role as a martyr during this project fits perfectly with the themes of the series at this point, and guarantees the kind of tidal wave of attention that we’ve already seen.  Not only did Kojima talk early on about dealing with taboos and being afraid of having his project rejected by officials, but he even posited that he might losing his place in the industry if something went wrong.

Fans are being provoked into coming to Kojima’s “rescue”, and thus generating a marketing campaign on behalf of the man at no cost to Konami.  Already we’ve seen a barrage of sentimental photos from fans displaying their collection of “A Hideo Kojima Game” games, with hashtags and everything.  No doubt we will see petitions and rallies by the time E3 rolls around, demanding that Kojima be given credit for his games!  Kojima will either not be heard from, or will fan the flames of concern with more cryptic hints, as he supposedly slaves away at his final Metal Gear game in silence and shame.

It’s possible that Kojima really is leaving Konami, or at least stepping down from an executive position, but there’s no way that either side would handle such a move with so little taste as this.  And what about Silent Hills, the intriguing reboot of the franchise designed by Kojima and Guillermo Del Toro?  Kojima has been happy with things leading up to now, and only gaining more power with every passing year.

The official statement from Konami?  “Konami Digital Entertainment, including Mr. Kojima, will continue to develop and support Metal Gear products. Please look forward to future announcements.”  This is just a reassurance to shareholders that this isn’t serious–not that any self-respecting shareholder would believe in such a turn of events without better evidence and reasoning anyway; as a corporation, Konami has nothing to gain from rejecting Kojima, and everything to lose.

Before The Phantom Pain was officially unveiled as Metal Gear Solid V, Hideo Kojima directly stated that he had no involvement with the game.  According to the promotional materials and official branding, it was the work of Joakim Mogren — a man wearing bandages all over his face — and “Moby Dick Studios”. 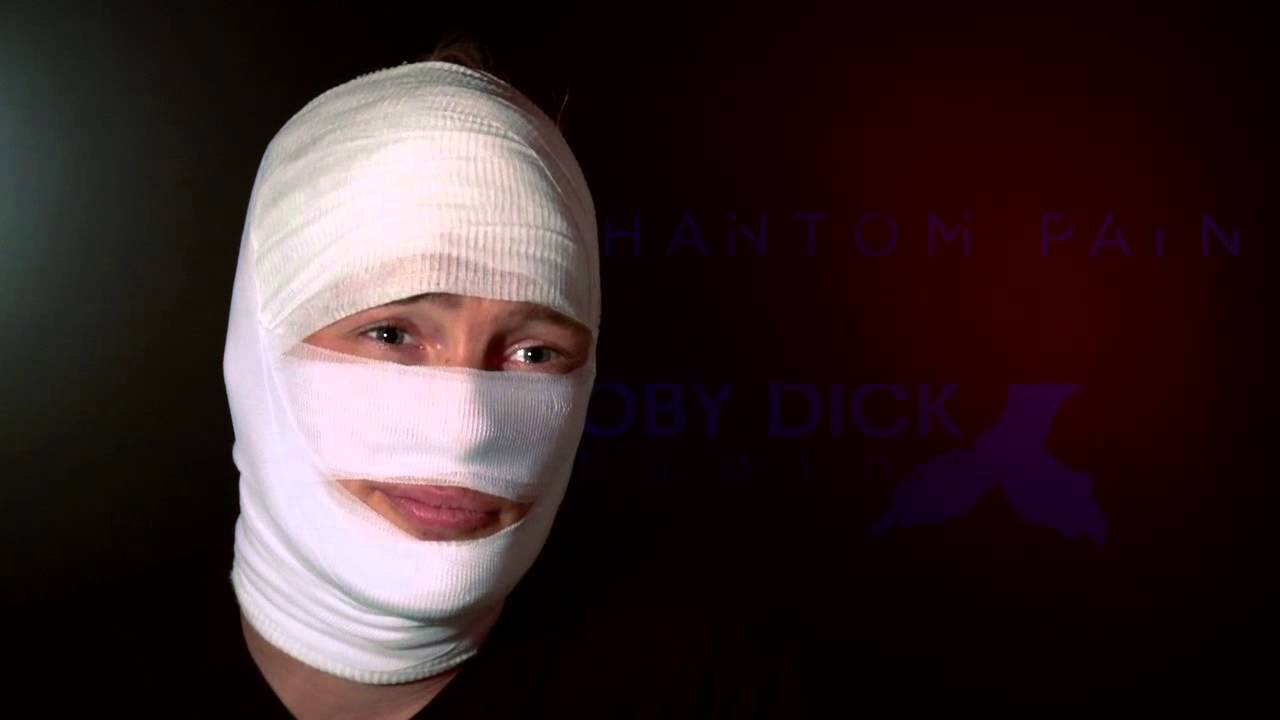 This is how far Kojima was willing to go in order to create buzz around the game.  Lying to the press, staging fake interviews with Geoff Keighley, and appearing on stage to take off a silly rubber mask at GDC.  Apparently nobody remembers this, or understands what it really tells us about Kojima’s strategy with MGSV.

Kojima (and therefore Konami) knows very well how much weight his name carries.  Teasing The Phantom Pain as a game unrelated to Kojima Productions was a ridiculous and even morally questionable hoax, aimed at harnessing the speculative power of social media.  To not even be skeptical about the current erasure of Kojima from the game is to be stupid.

The above theory is my initial reaction to the whole situation as a fan of Kojima’s PR stunts leading up to this point, and a believer that Konami is smart enough to work out something at least a little bit congenial if they did have to part ways with the man who’s keeping their company in the big leagues.  I could be wrong, though.  If things are as bleak as it seems, and the betrayal of Kojima is as real as everyone seems to think, it’s still not that bad of a situation.

If there has been a genuine fallout between Kojima and Konami — which is possible, though incredibly foolish of Konami — and even if this has resulted in the company turning him into a contract employee who will be done his service once the game is released, the good news is that Konami will suffer greatly as a result.  Maybe Kojima even demanded this, and it wasn’t Konami’s choice.  Who knows.  What we do know is that if Kojima Productions is canned, Kojima will be free to pursue any projects he wants, which is what he’s been wanting for a decade.

Does this mean Silent Hills would be cancelled?  Did Kojima actually plant the foreshadowing of his “potential career move”, not to generate buzz, but to inject as much irony as possible into his final mission for Konami?  I could see that.  He certainly wouldn’t have been blindsided by any of this, so maybe he just wanted to make sure the metanarrative he’s been constructing over the course of the series was properly appreciated before he left.  We’ll see.

Whether his name is on the box or not, I’m still going to enjoy the hell out of The Phantom Pain, and you better believe I’ll be looking for as much meaning as I can from it.  If Konami begins to pump out non-Kojima MGS games when he’s gone (which they certainly would) I’ll be eager to see what they do without him.  He wanted other people to take over the series, and although he doesn’t have a “successor” he can hand it off to, that doesn’t mean they’ll be awful.  Which brings me to another possibility…

Perhaps there’s just a new arrangement for Kojima, albeit a less-than-ideal one.  Perhaps he will continue to support the Metal Gear franchise (as the press release stated,) by writing the basic plots for new Metal Gear games, but not go as far as to make them “A Hideo Kojima Game” by directing and producing them as well.  He’s said he’d be willing to do this plenty of times before.  And perhaps he’s willing to sacrifice the Kojima Productions label (which was never really a productions company of its own, and played up the Metal Gear angle by having a FOX logo) and his membership as an executive in order to become a regular game designer for Konami again.  Maybe he’ll create Moby Dick Studios for real, and Konami will simply publish his games like they would for other developers.

At this early point, I’m still very skeptical about the worst-case scenario people have been freaking out over.  I trust that Kojima and Konami have some kind of mutually beneficial understanding, at least.