Kojima is playing dumb about it.  Could it be something an employee did in spare time?

I’m going to go ahead and assume ZOE 3DS is real, at this point.

According to the infallible Anoop Gantayat:

Metal Gear 1 and Metal Gear 2 are included in their original form. While the development staff was originally considering putting at least the title screens in HD, they decided to keep it retro.

I can’t say I’ll shed a tear about this.  I expect it to look precisely the way it did in Subsistence, then.

In case you’re confused, this means you won’t be playing Snake Eater…

…But instead you’ll be playing with a camera you can swivel around, and the classic Metal Gear games that everybody likes to have but nobody actually plays because they’re boring and don’t have David Hayter doing the voice acting.

Our friend Ravi points out the lingering questions about the old MSX-era Metal Gear games included with Subsistence, such as aspect ratios and sharpness, but my big concern is whether we’ll be able to play Metal Gear Online!  What’s the point of releasing Subsistence if you take out its best feature?  I got to have my multiplayer!  Just kidding.

Also exciting is a screenshot about the Trophy icons:

Yeah that’s supposed to be Yoji Shinkawa and Christopher Walken.  I was making progress on the Walken and kind of gave up by the end, but you get the point.

Remember when I won 10th place in the Kojima Productions Fan Art Contest by drawing a depressed-looking Chrisopher Walken dressed as Solid Snake?  They praised me on their podcast, and promised to send me some cool stuff.

Well the time has come, and the cool stuff is here!

Getting jealous?  The shirt is limited edition, so you’ll never get one.  Never.  And I didn’t even have to pay for it, they just gave it to me for being such a talented person.

Can you see the prize bandana? It’s camoflauged!  Is it a bandana?  I don’t even know, it’s just a big square piece of cloth once you unfold it.  I don’t care, it’s neat.

In case you forgot what I won this for, here’s the prize-winning artwork again!

The more I hear Kojima talk about his original ideas for Metal Gear games, the more glad I am he didn’t get his way.  According to his Twitter, the game was originally supposed to have been a team infiltration game, as in the old movie “Wild Geese” — which, like me, you’ve never heard of before.  The quote:

While I was working on “METAL GEAR”, I wanted to achieve an infiltration as a team like “Wild Geese” when the point of view was changed from “a game to escape” to “a special-force game to infiltrate.”  It is because there is no way to infiltrate alone.  However, at that time, one-man infiltration was the only option because of the game character and the restriction on the hardware.

Thank God for hardware restrictions, am I right?  It’s things like this that really make me question whether Kojima really should be allowed to do what he wants with game design!  Maybe being stuck working on a series he doesn’t like for 10 years was a good thing after all!

For what it’s worth, the plot of Wild Geese bears some similarity to the original game:

A British multinational seeks to overthrow a vicious dictator in central Africa. It hires a band of (largely aged) mercenaries in London and sends them in to save the virtuous but imprisoned opposition leader who is also critically ill and due for execution. Just when the team has performed a perfect rescue, the multinational does a deal with the vicious dictator leaving the mercenary band to escape under their own steam and exact revenge. [via IMDB]

A multinational mercenary special-forces leader who sends his men to rescue somebody and overthrow a military leader, only to betray and abandon them after their mission was carried out successfully?  Where have I heard that before?

Looking at the movie poster, I can’t help noticing a slight resemblance to the artwork for the MSX portraits as well…

Kojima, you only stole from the best.

Have you been paying attention to the news lately? 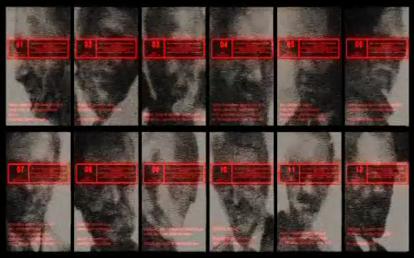 President Johnson: The Patriots — even I don’t know who the actual members are. Are they financial, political, or military leaders? No one knows who the Patriots really are. Even my instructions come from a cut-out. All I’ve been told is that every key decision is made by a group of twelve men known as the Wisemen’s Committee.

Is Kojima a prophet or what?

Listen.  I’ll admit when I’m wrong.  Why, I can remember a day when I was positive that StarCraft 2 would be a legendary example of great game design, and even tried to follow the online Korean tournament scene, GomTV’s “GSL”, you may remember.  I wrote an article about the design principles I believed were behind the choices for the three races’ units and features, then watched as Blizzard fumbled patching and balance until it was clear: they’re clueless.

Well the days have gotten darker for ActivisionBlizzard, as they’ve revealed their greedy little plans to control and monetize everything.  Surely this is Activision’s part in milking Blizzard dry, but that doesn’t pardon anything.  What’s the big sin?  There’s actually 3, as reported by PC Gamer, and summed up by RockPaperShotgun…